In Microsoft SQL Server 2000, we introduced the FOR XML clause to the SELECT statement. This clause provides the ability to aggregate the relational rowset returned by the SELECT statement into XML. FOR XML on the server supports three modes—RAW, AUTO, and EXPLICIT—that provide different transformation semantics.


RAW mode generates single elements, which are named row, for each row returned.


The AUTO mode employs a heuristic to infer a simple, one element name-per-level hierarchy based on the lineage information and the order of the data in a SELECT statement.


Finally, the EXPLICIT mode requires a specific rowset format that can be mapped into almost any XML shape, while still being formulated by a single SQL query.

The EXPLICIT mode format is highly successful in achieving its goals. There are only a few things it cannot do (arbitrary recursive part-list trees are one of them). The preferred SQL expression to generate the rowset format is a formidable "query from hell," however.

Unfortunately, FOR XML results in SQL Server 2000 can only be consumed on the client side, and authoring complex XML structures using FOR XML EXPLICIT is a complex exercise.

In SQL Server 2005, we now have alternatives to the "query from hell." In the following, we will take a look at the main features added to FOR XML in SQL Server 2005: Integration with the XML data type, assignability and nesting of expressions, and the new PATH mode.

Integration with the XML Data Type

With the introduction of the XML data type, we wanted to also give FOR XML the ability to generate an instance of XML directly (more precisely, it generates a single row, single column rowset where the cell contains the XML data type instance).


Returns the Employee elements as an XML data type instance, instead of the nvarchar(max) instance that would have been the case without the TYPE directive.

This result is guaranteed to conform to the well-formedness constraints provided by the XML data type. Since the result is an XML data type instance, you can also use XQuery expressions to query and reshape the result. For example, the following expression retrieves the Employee Name into a new Person element.

The result of a FOR XML query can be assigned to a variable, or inserted into a column.

Nesting of FOR XML Expressions

FOR XML, in SQL Server 2005, recognizes XML data type columns, and will inline them as sub-elements. Thus, we can nest FOR XML queries to generate hierarchies, instead of having to rely on the AUTO mode heuristic, or writing an EXPLICIT mode query.

Let's look at the example.

As you can see, we need a select statement for each element. We also repeat the parent's identification with every child, so that the order by groups the children with their parents. The streaming serialization from the rowset to XML depends on this grouping to get the correct nesting.

Now let's look at how we can rewrite this by using nesting FOR XML expressions. We can leverage the new TYPE directive to generate XML data type instances (otherwise, you will get a textual result that will be entitized if it is embedded in another FOR XML query) and nest sub selections to define the hierarchy. We now rewrite the previous EXPLICIT mode query using the AUTO mode and nesting:


This returns the same result as the EXPLICIT mode query. Obviously, this query is easier to write, understand, and maintain, even though it contains basically the same number of select statements and join conditions.


This example is similar to the AUTO mode version and returns the same result.

This query results in the following document


How would this query look like if it used the EXPLICIT mode? We need four select clauses—one for each non-leaf element—instead of only one selection.

Last but not least, the following gives us an example of generating a value list, and shows the use of a text node.

This creates a result of the form (showing one example customer),


The sub query, which generates the OrderIDs attribute list, maps the OrderID column values as atomic values (using the path data()). These values will then be serialized as a text node by adding a space between sibling atomic values, which are provided in the next cell in the rowset. We then avoid generating a name for the row by using the zero-length string as the PATH mode argument, so that we get a single string (note, there is no TYPE directive!) as the result of the FOR XML PATH expression. That string gets mapped to the OrderIDs attribute by the containing FOR XML expression.

The CompanyName gets mapped to a sub element of the same name.

Finally, the properties for the Address element parts are put together.

Besides the new features listed above, SQL Server 2005 provides the following new features:

RAW mode can be combined with the ELEMENTS directive, and take a parameter to overwrite the row element name. For example,

returns (only showing the first customer),

The ELEMENTS directive provides an XSINIL option to map NULL values to an element with an attribute xsi:nil="true". For example,

returns (only showing the first customer),

A new in-line schema inference directive XMLSCHEMA that takes a target namespace URI as an optional argument has been added for the RAW and AUTO modes. For example,

returns (only showing parts of the schema and data),

Sqlserver - Query to Get Size of the data 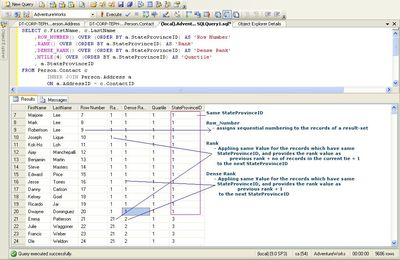 
You have done a great job by sharing this informative post. I would like to
appreciate your good work and also would like to encourage you to keep it up


Your site is very elpfull.


i am newbie in this field and after reading your article i get lots of information which is really helpful to me in my future life.Hope in future i will  able to read this type of
informative information regularly.


Helped me a lot, thanks.